Sundance RV resort was our first campground experience in Arizona. This is a 55 and over park. There was definitely a ‘wow’ factor when we pulled in. We knew right away this was not the typical campground we would usually stay at. The first thing we saw when we pulled in front of the large building that houses the office was an outdoor sports area. From a quick glance, it looked to be either tennis or pickleball (turned out to be pickleball), some sort of golf area, shuffleboard, and some other things we couldn’t really see from where we were at. We will get more into the sports area later.

Entering the check-in building found us in a small office area with a long counter, almost like a hotel check-in counter. The area was very clean and looked upscale as far as campgrounds go. The employees were super nice. We were given our site and were on our way to get set up in no time.

I will say at this point, we stayed at this park for 6 months as we workamped here. This review is based on the park only. A separate workamper review will be coming out shortly.

Our particular site was a corner site and we barely fit into it. Workampers don’t always get the best sites so I do not think this site would be given to anyone who was not working there.

The park looks as if it were actually 2 parks at one time. The front section has mostly RV sites with a few park model homes mixed in. It is made up of straight rows with easy to navigate roads with the sites lined up next to each other. The sites themselves were not overly large but enough room to set up a table (picnic tables not supplied) and chairs.

Trees Were At A Minimum

All were full hook-up back-in sites. Since this was southern Arizona, trees were at a minimum. The park itself and especially the front section were located right off the interstate but the road noise was not terrible.

Besides the front section housing all the RV sites, it also contained the main office, event center, outdoor sports area, and dog walk park. There were awesome views of the Fortuna Foothill mountains from many sections of the front section. We enjoyed taking a cup of coffee to the outside seating of the event center and watching the sun come up over the foothills.

Moving on to the rear section of the park. The rear section of the park had limited RV sites. Again, this area was set up in neatly laid out rows. Most sites back there were park model homes. Some very nice. It also housed the Recreation building which has a sewing room, pool tables, restrooms, a card room, a small kitchen area with a stove, a fitness center, a beauty spa, and a laundry room.

A Wall Of Mailboxes

Outside the building, you found a wall of mailboxes. If you were staying longer than a night or two you got a key to one when you checked in. There was also a large pool and hot tub. The pool and hot tub area were large enough to house a small stage and many seating areas with tables. There was an outdoor shower to use before you entered the pool or hot tub. This is where they held happy hours and jam sessions.

On a side note, since we were there around Christmas, we were treated to a wonderful display of lights and decorations set up throughout the park. These decoration and display set-up was spearheaded by a resident who lived there over the winter months. He and his volunteers did a great job of setting things up. There was also a very cool parade of mostly razors and side by sides that came through the park one night. They were all decorated with lights. Check out our video below to see that.

The “In Season” Is Busy

The “in season” of this park is very busy. Most if not all the RV sites are taken. There is a full schedule of events that are held including but not limited to bingo, themed dinners, Sunday morning non-denominal church services, concerts, talent shows, and jam sessions. The event center is a large building that houses the office, kitchen, bathrooms, and a large stage with show type lighting and sound mixing board. This is where many concerts, shows, and dinners take place. The building is fairly new and has a nice wooden floor giving it an elegant feel.

The outdoor sports area consists of pickleball courts, horseshoe pits, curling courts, shuffleboard courts, and bocce courts. All looked like they were recently built or redone and were in great shape. They were lighted for night play. All the above courts had leagues that were run by the residents. If you did not want to play in a league but just wanted to occasionally play, all the necessary equipment was stored in little sheds next to the courts.

The WiFi was spotty although they said it was to be upgraded. There was no cable but We had Dish network satellite tv it worked great. If you were staying long term as we did you also had the option of calling two cable companies for WiFi, Spectrum or Park Cable. We tried both and Spectrum although a little more money was far superior. As far as the phone signal goes, we have AT&T and our friends had Verizon and both had great signal.

The sites were gravel and fairly level. As previously stated they were tight but most gave you enough room where you didn’t feel claustrophobic. The hookups were all in good shape. One nice perk was that anyone camping there was able to get free bags of ice. They were kept in a freezer in the rec building and you would just help yourself. If the freezer was empty and it was during office hours you could go to the office and get ice from the main ice machine.

One thing I should mention about the office is that it had limited hours. It was open Monday to Friday from 8 am to 5 pm and closed from 12 to 1 for lunch. There were no weekend hours. The office is where you checked in, paid your site fee and electric ( if you were monthly or seasonal), bought event tickets such as dinners or concerts and signed up for any other events. A side note on the electric. If you are a monthly or seasonal, be aware you are paying an administrative fee of about $15 dollars each month on top of your actual kilowatts.

This is a nice park for what it is. It is designed and set up for people who are older who want a place to go for the winter when it gets cold in their home town that is community-focused. This is the type of place you would never have to leave with the exception of food shopping. It has everything on site. Most residents here have been here for many years and enjoy each other’s company whether at the pool, the sporting events, or one of the many other events at the event center.

A lot of times in a community like this you would find it very clicky. As an outsider or newbie to the community, you would not be welcomed the same as if you were a resident. We did not find that here. All residents (and staff) treated everyone like family. As far as would we go back, probably when we get older. 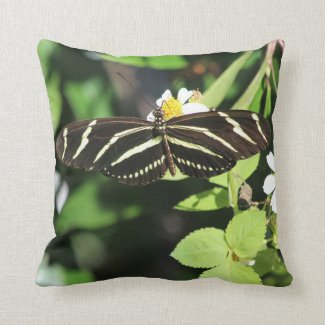 We like campgrounds that are more wooded and have families with laughing and playing kids running around and trees. I know it’s Arizona and you can’t do much about the trees but at this point in our lives, we are not ready for a structured community type campground. If that’s what you like then this is a great campground to settle down into. Lots of fun things to do with a touch of elegance.

In the video below, we take you through the entire park. We start from the service road leading into the park. We then take you up each row in the front section and rear section. When we put up these videos we want you to be able to see parks in their entirety. We want to show the stuff that’s both included and omitted from the brochures. If you watch to the end we included a very cool parade of mostly Razors and Side By Sides all decorated for Christmas that came through the park.

One thing to keep in mind while watching this video. It was taken after the “in season” so most of the seasonals and snowbirds were already gone. This place gets very busy over the winter so reservations are highly recommended.

Arizona Campgrounds
All About RVing