About 30 minutes from the KOA campground we are at in Amarillo in a town called Canyon is a State Park called Palo Duro Canyon State Park. Maybe you have heard of it. It’s only the second largest canyon in the USA. The Largest being the Grand Canyon.

There are numerous ways to explore the canyon. Car, bike, hike horseback ride, or the way we did, motorcycle. There are also camping spots and cabins you can rent. The day we were there was the start of Memorial Day Weekend and there were signs up stating the camping spots were full. After speaking with the Ranger, we were told you need to reserve the cabins well in advance.

There was a little gift shop/food counter about halfway through with gift stuff, fast food type stuff, and clean bathrooms. We stopped in to beat the heat and have a burger and fries. It looked like they opened for breakfast too.

Between the months of June Through August, there is a musical performance that plays each Tuesday night through Sunday night called “Texas”. The performance is at the Pioneer Amphitheatre located within the canyon. The play is all about the life and struggles of the early settlers of the Texas Panhandle in the 1800s.

There was also a large covered Pavilion that you can rent for group parties, family reunions, or any occasion.

There were numerous hiking trails. Our biggest fail was that there is Geocaches there and we forget to look!!!…lol. *A little note on that, we went back a second time and found a cache. Woohoo!!!* We did actually do one short hike. It was short but did I mention almost straight up!!! No worries, I only posted 1 selfie…lol.

So if you are in the area and would like to see some spectacular sights, I highly recommend Palo Duro Canyon, State Park. It will be money well spent.

Have you ever been to Palo Duro State Park? Did you enjoy it? Leave your comments down below.

Below Is A ride We Did Through The Canyon

Texas Day Trips
All About RVing 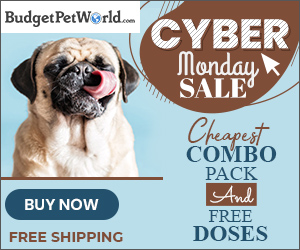