As we were heading to our winter 2019/2020 workamper job and beyond, we were getting a bit tired of driving. We were heading down I-65 towards Milton and needed a place to park and rest for the night. It was only late afternoon but we had been on the road since early morning. After a quick google search, we found a park fairly close to where we were. It was Owassa Lakeside RV Park. Besides the fact that it was close to our current location, it was also a Passport America park. Can you say a discount? It was located about 1.5 miles off Interstate 65 off of exit 101, CR-29.

Go Ahead And Pick Any Site

When we called to see if there were any sites available, the owner answered the phone. He said he had sites available but was not on-site at the time. He said to pull in, pick a site, and he would catch up to us later that night. It was not that unusual to us that there was no one in the office or on-site to greet us as it was the “off-season” for most campgrounds and the offices are not always manned every day.

Making a right off CR-29 onto Owassa Circle than another right onto Old Owassa Rd will have you sitting in front of a small building. This building is the office. There was a sign on the door instructing anyone who pulls in to find a site and they would catch up to you later. There were also prices and Cliff’s (the owner) number on this sign.

Long Enough To Stay Hooked Up

Looking around the campground you’ll see it’s just a basic layout of 4 rows of campsites. It turns out all sites are full hook-up pull-through sites. They were long enough that we didn’t have to unhook which was a bonus for us. Since the name has “Lakeside” we looked around but saw no lake.

The site was fairly level requiring only a few leveling blocks under one side of the RV and before you knew it we were hooked up. The hook-ups were located at about the halfway mark on the site. It was a pretty good-sized site but had no picnic table or fire pit. The site and roads were all dirt.

There Was A Knock On The Door

Since we were tired we just hung out and relaxed the rest of the afternoon. Later on, in the early evening, we got a knock on the door and it was Cliff. He was there to check us in and collect the site fee. We wound up chatting for almost an hour. He was a super nice guy.

After a great night’s sleep, it was time to walk around the park-like we always do. Our first impressions were pretty accurate. There was nothing fancy about this campground. It just had the basics. We did find a small laundry room and bathhouse which were old but clean. There was also some kind of clubhouse on site but the doors were locked at the time of our visit.

Walking a little further towards the back we finally found the lake…lol. Not much of a lake but one nonetheless. There was no swimming allowed but you were allowed to fish if you were a registered guest.

Don’t let the low rating score sway your decision. There were many positives to this park that you should consider. Although your first impression when you pull into this park may be to turn around and head back out to find another one, you may want to stay. The owner is a super nice guy, the guests (the ones that we saw and talked to) were also very friendly. The park was quiet and the site was an easy pull in/pull out site. All the hook-ups worked properly.

Since it was a Passport America park, we only paid $18 for the night!!! Since there are minimal amenities this is a great park if you need to come off the road and rest, do some laundry, or just need to relax for a while. If we were in the area and needed a break we would not hesitate to come back to this park for a night.

Note: Unfortunately we did not write down our site number 🙁 and received no site map. We are not sure if they even have site maps…lol. Our site was located across and diagonal to the small office building.

If you have stayed at this park and would like to share your experience or have any questions about this article/park, leave them down below in the comment section

Alabama Campgrounds
All About RVing 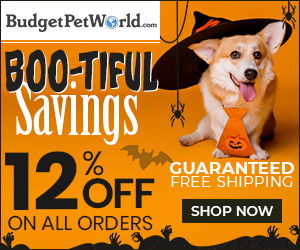