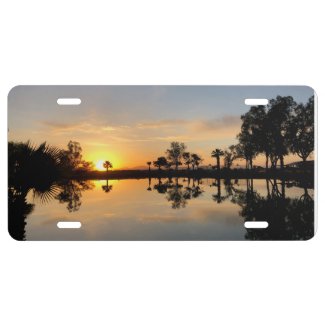 We have in the past chose KOA’s to spend the night in when we travel. For the most part, they are good, clean, safe campgrounds where you can get a good night’s sleep.

This time we decided we were going to try other campgrounds and use some of our other discounts. We chose this one because we were getting tired and they were the closest one to us.

We Were Going To Use VKR Points

We called from the road and made our reservation with no issues at all. We had VKR points that we were going to use to make this stay more economical but KOA policy dictates you must use them at check-in only. You can’t apply them online.

Coming off the interstate there were a few gas stations so if you are limping in on empty you’re in luck…lol. After making the right on the road that leads to the KOA you will be on a long winding skinny road. So skinny that if there were vehicles coming in the opposite direction one would have to wait to let the other pass.

How Do We Do This?

Upon arrival, we were greeted in the typical KOA fashion, with big smiles and a friendly hello. We informed them that we wanted to use our VKR points and that’s when things went sour. Nobody knew how to apply the points. We were reassured that they would call KOA corporate and straighten it out.

This has happened before and we received our discount after the KOA employee called corporate and was told how to enter it into the computer. Due to past experiences, we went on to our site.

As most KOA’s do, we were escorted to our site. We like that. There is never confusion as to where we are supposed to be. Our site was fairly level but the hook-ups were towards the front of the RV instead of the back. The next site stepped down about the depth of two railroad ties and our hookups were actually on their site which was also a little weird.

No worries. We learned a long time ago to carry extra lengths of electrical cords, cable, and hoses. Our site was towards the back of the park so it was nice and quiet.

Also as in most KOA’s, there was a fire pit and picnic table at each site. They also delivered firewood, pizza, and ice to your site if you asked and of course after you’ve paid…lol.

The office/camp store was pretty well stocked with the basics and of course pizza. There are scheduled activities including hayrides during the “in-season”.

The Wifi Was Pretty Good Here

The wifi was very good. In the booklet they give you when you check in they say you get the free wifi for one hour and then you have to pay. We used it for over an hour and had no interruption of service or slow down of speed.

How Many Mile Walk?

They had areas for Basketball, Frisbee Golf, Horseshoes, and washer toss. They also had a 3-mile nature walk which we did not do as we were a little too tired.

As with most KOA’s they had cabins for rent and an area for tenting. There was a dump station but it was only available during certain hours. We have never seen that before but I believe it was due to the fact that it was in the entrance. If they allowed afternoon dumping it would interfere with the new campers coming in.

They also had a fenced dog park. The bathrooms/showers were spotless. Overall this was a nicely laid out campground with very friendly employees.

If we were passing through this area and had more value points (lol), we would definitely stay here again.

In Case You Were Wondering

Speaking of value points, in case you were wondering, it took a couple of days for them to straighten out or VKR points discount. At the time we checked out it was not resolved.

Did We Ever Get A Return Call?… Nope

When I asked to speak to a supervisor, they transferred me to a voicemail. I left my name and number but never received a call back from them.

Since calling KOA corporate was useless, we decided to call the campground back and at least see what they could do for us. We spoke to the same guy we had been dealing with while we stayed there.

So What Happens Next?

He told us that they finally got a hold of someone at KOA corporate but was told the same thing that we were. We already checked out so it was too late to do anything.

Before I even had a chance to get mad he also told me he was working with the owner of the campground to see what could be done. He told us he would call us back. A little while later he called back and told us the owner called corporate and straightened everything out. All ended well.

Kudos to the Harrisonburg KOA!!! They certainly know how to do customer service!!!