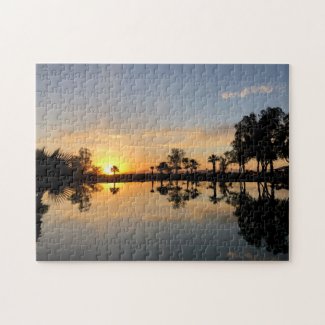 We have been in travel mode since April 2nd. We are making our way slowly up to Mystic Ct for our summer workamping assignment.

During this trip, we have encountered 3 major GPS fails. I want to talk a little about each failure and then give our thoughts on the overall mapping issues.

The only thing we could compare routes on the GPS to was Google. The problem with Google is it does not tell you any road restrictions, low bridges, or propane restrictions. That can be a big deal. Our GPS will give us that information.

The second incident was with the motorcycle and was a bit more of a fail than the truck. We had spent a rainy day on the computer plotting a scenic motorcycle ride for the next day. We spent a good part of the day on google maps.

We documented every twist and turn zooming in on areas and even using google earth for a more precise view. At this point, I should mention the reason we were spending so much time on this part is that we have lost signal to our devices in the mountains on previous trips and wanted to make sure we knew where we were.

One of the biggest things I worry about when in the mountains on a motorcycle is getting lost and running out of gas. Yes, that has almost happened to us before…lol.

The next day we loaded the bike and off we went. Totally confident of where we were going. Our direction sheets were spot on and we were enjoying some awesome mountain views.

Then it happened. We came to a point that just did not make sense on the direction sheet. The roads were not matching up. Now what?

No worries. We went the way we thought we should go. A little while down the road we decided we goofed. No problem. We made a u-turn and headed back to the intersection in question.

When we arrived at the intersection in question we went the next way we thought we should go. Nope, that didn’t look right either. Another u-turn was in order.

Back to the intersection we went. Now we went the third and final option. Upon driving this way for a while it looked like we were heading back into the mountains.

Now with time no longer on our side and fuel starting to become a concern, we decided to break out the phones to see where we were.

Yup, you guessed it. No service on either the iPhone or the Droid. Time to go to our final option, the GPS. We fired it up and entered the campground address and it seemed to be working no problem.

Well, it did work but the roads it took us on were sketchy, to say the least. Remember, we are on a full sized touring bike. The GPS took us on some of the skinniest, winding, hilly roads I have ever seen. Usually, that would be a good thing except for the fact that all the roads were loose gravel and some of the drops on the side were quite steep.

Some sections looked like we were going through cow farms. We were laughing thinking that the cows were probably saying to themselves, look at those tourists…lol.

Eventually, we made our way back to a paved road, the main highway, and most importantly a gas station. The rest of the trip back to the campground was uneventful.

The third fail was leaving Tennessee and coming to South Carolina. We knew we were going to stay on I40 through the mountains but the GPS had other ideas. It wanted us to get off on I81 go about an hour out of our way and then take us back to I40. What?

That made no sense. We started thinking maybe there was a propane or height restriction. Nope. We ignored the GPS yelling at us to turn around all the through the mountains. We had no issues so we still don’t know what was up.

5 Tips For Planning Your Travels

So here is what we learned and will do moving forward. We would also highly recommend this to anyone who travels a lot or travels to unknown areas.

1– Make sure your GPS software is up to date.

2– Put your destination into the GPS before you go and review the way it wants to take you.

3– Compare to google maps and see if the routes are the same. If not try and figure out why.

4– Preplan with the information you obtained in the last 2 tips and have several ways to get to your destination.

5– This is probably the most important tip we learned. Have a paper map of the state or states you will be traveling in. Do not assume you will have cell or satellite signal everywhere you go.

I feel tip number 5 is probably the most important. A good up-to-date paper map will never fail. There is no signal to lose or battery to die. If we had a paper map in the mountains with the bike that day, we would have seen several options that would have kept us on paved roads and led us out of the mountains.

So when you are planning your summer trips and vacations this year, please remember a good paper map of the area you will be in is worth its weight in gold.